1)   The terms and conditions of the National Motor Freight Classification Series 100 uniform straight bill of lading in effect on the date of the issue of this bill of lading shall apply subject to exceptions in carrier's tariffs, pricing schedules and rules.

3)   Carrier shall not be liable for any failure to perform any of its respective obligations under this bill of lading or for loss, damage or delay to any of the goods described in the bill of lading when caused by an act of God, public enemies, riots, strike, other work stoppage or labor unrest, a defect or inherent vice in the goods, acts of public authorities, acts or ommission of custom officials, authority of law, quarantines, civil commotions or hazardous incidents to a state of war, compliance with laws, governmental regulations, orders or requirements, act or omission of shipper, consignee, or owner of the goods, or any cause beyond carrier's control.

4)   The shipper and consignee shall be liable, jointly and severally, for all unpaid charges payable on account of a shipment.

5)   The shipper and consignee shall be liable, jointly and severally, to pay and indemnify and hold carrier harmless from all claims, fines, penalties, damages, costs or other sums that may be incurred, suffered or dispersed for any violation of any of the terms contained herein or any other default of the shipper or consignee with respect to a shipment.

7)   The listing of conditions herein is not all inclusive as the shipment is subject to the National Motor Freight Classification, the ATA Hazardous Material tariff (ATA 111 Series), the Household Goods Mileage Guide, carrier's tariffs, pricing agreements and Rules and Special Service Charges in effect on the date of the issue of this bill of lading which will be provided to the shipper upon request. Carrier shall provide to the shipper, on request of the shipper, a written or electronic copy of the rate, classification, rules, and practice upon which any rate agreed to between the shipper and carrier may have been based.

10)  Carrier is not bound to transport property by any particular schedule or in time for any particular market, or in any manner other than with reasonable dispatch.

12)  Suits for loss, damage, or delay shall be instituted against carrier no later than two (2) years and one (1) day from the day when written notice is given by the carrier to the claimant that the carrier has disallowed  the claim or any part thereof. and such claims will not be paid. 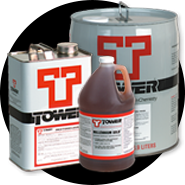 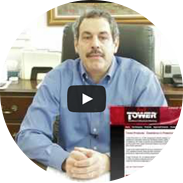 Stay up-to-date on product updates and information. Don’t worry, we don’t share your information and we limit our marketing to New Products and Important updates.